A note I mentioned - this is based on a collection of memories of my time at LETU, merged with the modern campus, so there may be a few things that seem a little odd. For one, no one calls it MSC anymore, it seems; it's the Nursing building. If anything seems off, well, it's because this universe is a little different from reality, ok? Also, any reference to people real or imaginary is purely fictional, as are the events described here.

After the excitement of orientation, the first few days of school seemed fairly tame. Will and Alistair met Dr. Wells, an excitable physics professor; during lunch, GlenMac introduced them to his protege, Jackson Green, the very definition of cowboy.

That night, Zac had an odd dream...


It wasn't until the next day that their investigations took a turn. As the heavy clouds decided to finally open up, dumping sheets of water across campus, they found themselves all gathered in Longview Hall; deciding against dashing through the rain all the way to the cafeteria, they headed to the student center. Of course, half of campus had also had the same thought, so the Hive was packed. They found a room upstairs to wait until the crowd had died down a bit.

As they were waiting, they heard a cell phone ring, and a campus police officer stopped by the door of their conference room. "Hello? Wait - what? A dead body? Oh, man. Ok. MSC? Sure, yeah. No, just wait there, I'll be right over."

As this was much more interesting that waiting for a cafe to empty out, the group followed a discrete distance behind. They found themselves in the MSC tunnel, where an officer was standing over the still form of a disheveled man. A familiar man, in fact - the one who had pushed past them during orientation! Alora quickly rushed to the man and began chest compressions, giving the officers a dirty look. Alistair, meanwhile, rifled through his pockets...

The man proved to be non-responsive; the paramedics and (real) police showed up, and after asking a few questions, left with the man in the ambulance. All they recovered was a piece of an uneaten sandwich, which Alora stuffed into her shirt and promptly forgot about.

Seconds after the police left, the group all received text messages: something had triggered the trail camera they left guarding the hole with the buried money! Quickly, Alistair jogged over, and Zac and Alora ran to grab Zac's motorcycle - complete with a shotgun. They arrived in time to see their trail camera smashed to bits, and a yellow pickup racing off. Zac watched which way the pickup turned, then followed on his motorcycle, but lost the trail.

Alistair tried to pull any other information from the trail cam, but the SD card had been broken, and whatever data was on it was lost.

Wednesday, Alistair was walking to class when someone grabbed him! Before he could react, a bag was flung over his head and zip-tied shut; he struggled, but a hit from a tazer stopped him in his tracks...

His bag was found by another student, who handed it over to Toby, who left it in Alistair's room. No one suspected anything when Alistair was nowhere to be found at dinner. Zac noticed the yellow truck parked by the sports shed, and poked around inside. He didn't find much, apart from old wrappers. A man stepped out of the shed and told him to back off; he jumped into his truck and roared off, heading to Waffle House for a bite to eat, then to (presumably) his apartment, where he stayed the rest of the night. Zac managed to recover a receipt that seemed to indicate the man owed over $15,000 to a person or organization known as "The Ring."

Thursday after class, Zac drove around campus, looking for the yellow truck. He found it, back at the sports building. He knocked on the door; at first, there was silence, then suddenly a clatter of metal! He knocked again, then used the butt of his shotgun to knock the door open. He kicked it open with a crash, revealing a startled man, reaching for his gun! Zac quickly leveled his gun at the man's leg and blew his foot clean off. As the man crashed to the ground and lay screaming, Zac pushed in and found Alistair, tied up but otherwise unharmed. Zac made a tourniquet for the poor fellow and called campus police, who in turn called the city police, who showed up about the same time as GlenMac and the rest of the group. Zac gave his statement, the others talked with the police and the press, and the man was hauled off in an ambulance. 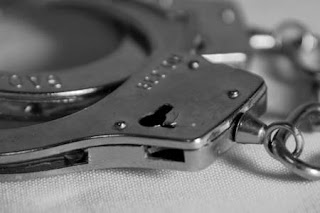 Zac C, 18, a freshman at LeTourneau University, found a suspicious vehicle parked near the baseball stadium. Investigating the area, he was attacked by Brody Kesh, 32, armed with a handgun and a tazer. "I'm just glad I keep my shotgun on my motorcycle," Zac said. "I knew something was wrong, and when he went for his gun, instinct just kicked in." The single shot disabled Kesh long enough for Zac to discover his classmate Alistair MacIver, 17. Kesh had kidnapped MacIver only the day before, and had been hiding him in the sports shed at LeTourneau.
But Zac's heroism is only a part of the larger story. Two days before, Maliek Johnson, 47, was found dead under a stairwell by LeTourneau's MSC building. An autopsy indicated he was poisoned. "Mr. Johnson is one of the city's many homeless, but even with the high temperatures and the poor conditions, he didn't die of malnutrition or exposure," said Police Chief Mike Bishop. "He was intentionally poisoned."
The final thread of this story was discovered only days prior. An anonymous individual turned in $500 and a bone, a human femur, to the police. Though the bone was weathered and stripped of any flesh, police were able to identify it as belonging to Jake Busar. The money was identified as part of the $50,000 stolen from Longview Bank and Trust during the Valentine Bank Robbery. Previous investigations had previously identified Busar as one of the three men involved in the bank robbery. The second man in the robbery was identified as a tall, African American man referred by Busar to as "Maliek", now known to be the poisoning victim. The getaway driver, previously unknown, was finally discovered when police searched the apartment of Brody Kesh, and discovered a number of ink-stained bills.
According to Chief Bishop, Kesh confessed to having killed Busar for his share of the money. Johnson had hidden his own share, but after Kesh racked up debts after spending his ill-gotten gains, he went after Johnson. He killed Johnson, but found his hiding spot had already been discovered. Hoping a student had discovered it, Kesh kidnapped MacIver to intimidate him into giving up the stolen money, but was discovered by Zac, and ultimately brought to justice.

Kesh is currently being held without bail for bank robbery, kidnapping a minor, two counts of first degree murder, and unlicensed gambling.
Posted by Andrew Metzger at 4:52 PM

Email ThisBlogThis!Share to TwitterShare to FacebookShare to Pinterest
Labels: ETU